EYE SURGERY — A TIME OF WAITING

HomeEYE SURGERY — A TIME OF WAITING

In 1991 when my ophthalmologist told me I had retinitis pigmentosa, he also said I have cataracts. He said they were a natural part of my eye condition, and that there was no point in having them removed yet, because they would just grow back.

“Have them removed in the future, when they start bothering you,” he said.

Four years ago, at my annual eye appointment, Dr. Lewis told me it was probably a good time to deal with my cataracts.

“It’s up to you,” he said. “If you’re still okay with your vision, then continue waiting.”

I was okay and waited some more.

Two years ago I was ready. My eyesight was more blurry in the sunlight, especially my left eye. So, while Martha was in an out patient surgery, I started making phone calls to arrange a consultation. But, while I was in the middle of those first calls, Martha’s surgery ended and I had to hang up.

My sister had just been rushed to the emergency room in Waco, so I hopped a Greyhound to help her. I didn’t get back to calling about my cataracts until it was too late. One stroke too late.

One month later, April 12, 2016, Martha had a stroke. That took a lot of time and a lot of our health savings account as well as plenty of our regular savings. It also changed our lifestyle and changed our annual earnings. So I couldn’t get the surgery done yet.

I checked in about 20 minutes early and waited. A few minutes later they gave me a bunch of paperwork needing my attention. I filled it out and I waited.

Then I thought I heard my name called from down the hall. I wasn’t sure if I was supposed to have moved, so I just stayed where I was. Soon the shouting technician came to my end of the hall and called my name again. He took me to a room where they measured my eyes on two different machines to prep for the replacement lenses and surgery.

Next, I was sent downstairs where the surgery will actually take place to check in and fill out paperwork and pay for the facility. I signed in and I waited.

They finally called my name. I filled out yet more paperwork, paid and returned upstairs.

The tech called me back into the doctor’s office, we talked again about everything I needed to know for the surgery. I asked, and she answered, a few questions, then she left the room to get the doctor. For whom I waited.

Finally the morning was done and I was ready for my Monday surgery. I left the office, checked out at the front and headed downstairs. My phone was back on when I got there and I checked the bus routes so I could know the best stop to get home quickest and I headed to the bus stop.

Yep. I waited for the bus. Almost an hour.

I look forward to my Monday surgery, hopefully clearing the limited vision I possess.

0
BlindCataractRetinitis PigmentosaRPStrokeSurgeryWait
« 2017: A YEAR OF CHANGE AND PROGRESS
A Tale Between Two Cities » 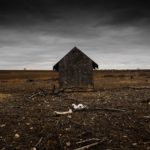 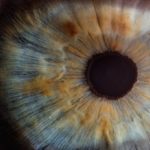